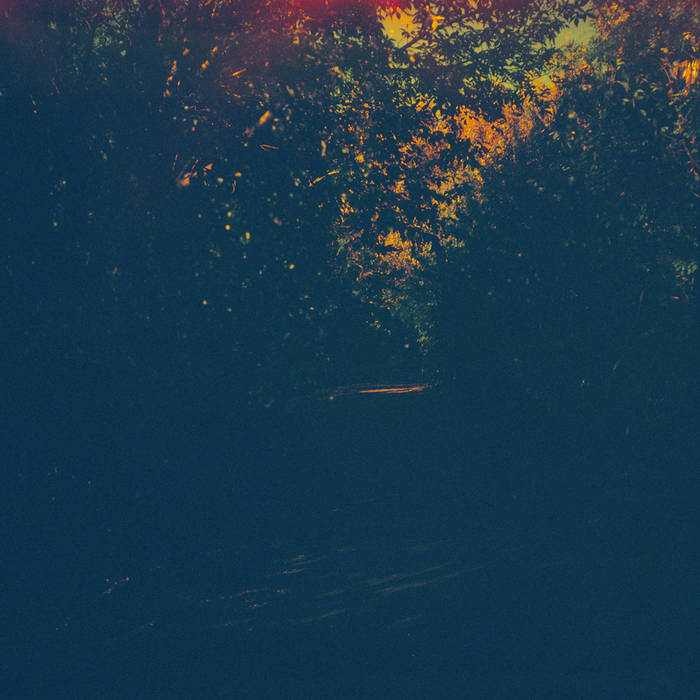 _egobit The subtlety of your art is astounding. Favorite track: Underwater Escape From the Black Hole — Stable.

Underwater Escape from the Black Hole is quickly becoming a Cerberus fixture thanks to short sprints with equally long titled partners that can abbreviate into hip acronyms. This is because they speak to Millennials who only communicate via text. But you wouldn’t know it from the busy tone of their two entries on this split. Or maybe you would, considering letters without periods represent the sort of brevity needed to relay complex ideas of the new generation. A melodic yet hectic pace of speech and music colliding into each other like conversations with earbuds stuck firmly in canals; the noise combining with the drone to create a loud/quiet operation where words are empty but thoughts create deeply ingrained emotions. Though judging by The Petrified Heart of an Air Whale, this may be a one-sided conversation. It’s a jittery, nervous energy that crackles on the flip. Where Underwater Escape seem to speak to a generation open to modern forms of communication, Petrified Heart is far more sinister and reclusive, like a Gen X teen happy to tap out industrial morse from the sanctity of their curtain drawn bedroom. Either way, it’s a fine lashing the Baby Boomers are taking with their tired collection of Eagles and Journey records; squares that traded in love-ins for Board of Directors jobs that bilk us all out of hard earned money. So it’s no wonder the world has switched to a broken form of communication, in hopes of finding a new language to bypass the architects of today’s culture to build a better tomorrow.


With the maximum number of words legally allowed on the spine of a Jcard, and 26 minutes of lavish experimentation, Adhesive Sounds has produced quite the formidable split cassette between Underwater Escape From The Black Hole and The Petrified Heart Of An Air Whale. Two project who apparently have no troubles maneuvering through syrupy, abstract territories.

With creamy, looped vocal clips and water-colored ambience, UEFTBH devises Zolpidem zones of flowing waves and focused calmness. Mellow synth chords swim through the first track, “All The Little Cares Fixed”, emitting a complete and total feeling of relaxation. A constant thump – – thump – – thump backbones Mathias Timmerman’s super chill ebb and flow for six and a half minutes. “Stable”, his second and final track on the split, is a collage of processed spoken word and simmering synthesizer beauty that shimmies up the spine for nearly seven minutes. Two keepers.

TPHOAAW bangs out four doses on the flip side. The immediate impression is also a flip in atmosphere. Echoed blows and tweaks of noise rumble atop a lurching, distorted melody for a two minute stretch. A very moist jam, like a dog outside in a thunderstorm. Sam Hatzaras, the big boss man behind this Toronto-based project, speeds things up considerably with “Kwantum Jool”, the 4:43 piece that follows. The situation is still clammy, but more birds in a rain forest rather than the dog in your shitty neighbors yard. Dude devised a pretty compelling beat to wrangle around a bundle of tropical jams. The tape comes to an end with two tracks of skittish sound wrangling that, while not as cohesive as the bulk of the tape, is still a fun listen. No doubt about it.

Adhesive Sounds has figuratively been on fire so far this year with a grip of nice ass tapes. And it’s only February, mang. Pretty, pretty, preeeetty excited for the A/S 2015 drop. Get yourself going with everything they have available, starting with this humdinger of a split


Presumably because I Love You But I’ve Chosen Darkness, The USA Is a Monster, Thinking Fellers Unions Local 282, My Life with the Thrill Kill Kult, Shadowy Men on a Shadowy Planet, and Thee Silver Mt. Zion Memorial Orchestra and Tra-La-La Band were busy (or, er, defunct), Adhesive Sounds got a couple of relative newcomers to do the heavy consonant and vowel lifting for this split-release cassette. Indeed, Underwater Escape from the Black Hole and Petrified Heart of an Air Whale (hereafter UEBH and PHAW, respectively) do not lend themselves to easy pronunciation if you’re trying to speak fast – surely they’re no Om, Off!, Sleep, or Slint. But what the artists lack in brevity, they make up for in utter stupendousness. Folks, let me tell you, it’s high time UEBH and PHAW become household names. Hopefully one day you’ll look back on this split cassette and note it as a major turning point in popular culture.

See? I’m NOT just here to make stupid jokes about the length of band names! I am gonna praise these two artists’ lack of inhibition when naming their projects though – ballsy. Anyhoo, this split is representational of the latest batch from Adhesive Sounds, the Canadian scamps (who we love, by the way), and is also a high-water mark in the label’s existence. I’ve praised their releases in the past, but UEBH/PHAW is far and away my favorite (but surely not to diminish other releases). Sure, the styles here are right in my wheelhouse – UEBH peddles a post rock/electronic hybrid, heavy on the production, and PHAW gushes monolithic ambient/musique concrète/experimental electronic music in short spurts.

UEBH gets side A, and the more the songs progress, the more I shake my head in incredulity – their awesomeness astounds. Their first of two six-plus-minute tracks, “All the Little Cares Fixed” begins unassumingly enough, with samples and static, but it soon finds a rhythm built around more samples and a deep pulse, a comedown track for, you guessed it, an undersea rave. A synthesizer introduces euphoric leads, which gradually build to euphonic chords, and ends on the most peaceful run imaginable. I want to listen to it again. Too bad I have to move on to “Stable” … no, wait, “Stable” is just as remarkable, again opening on a sample and shifting to synthesizer washes. Here, though, instead of wandering a deep sea dancefloor, UEBH channels the synth shoegaze of M83 (or, maybe more precisely, Jatun), and by its halfway mark we’re awash with color and texture. It is unrelenting for its remainder, and the pulses underlying it serve as endorphin injectors on every beat. I was too quick to not want “All the Little Cares Fixed” to end – I would have missed the sheer power of “Stable.”

Side B is the murkier of the two, with PHAW’s minimal aesthetic a marked counterpoint to UEBH. It begins with “Relics from Another Realm,” essentially a treated thunderstorm caught on tape, underscoring the ominous turn we’ve taken. It sets the stage nicely for “Kwantum Jool,” a darkwave lurker in shadows, a creeper around corners, and a … hider in attics? I dunno. It’s the closest PHAW comes to a song here, as it has the most discernible rhythm on the side, but the static and thunderclaps appear throughout. It begs for the remix treatment (I can think of a few people whose hands this would be perfect in – looking at you, Herwig!), and acts as an anchor for side B’s more abstract pieces. Speaking of which, “Dimensionality Is a Function of Consciousness” and “Lying Reflection” are each two-plus minutes of synthesizer and sampler craftsmanship, both moving through palpable spaces in their brief runtimes and imbuing a sense of solidity to their surroundings. That is to say, I can touch the tracks in my mind! Or something equally preposterous.

I realize I just pretty much described each track, and I hate doing that, but this split totally takes me places – there’s not a single moment where I’m not transported to another miraculous dimension here. Fortunately UEBH has a deepish back catalog (mostly on Noisey Arcade’s bandcamp page) to mine while trying to figure out what to do next with myself. (PHAW’s catalog is sparser – hopefully that will change soon.) So kudos to these two charmingly monikered artists – their joint efforts have resulted in a consistently exciting whole, something the split format can’t always promise.


Photography by Will Kaufhold.