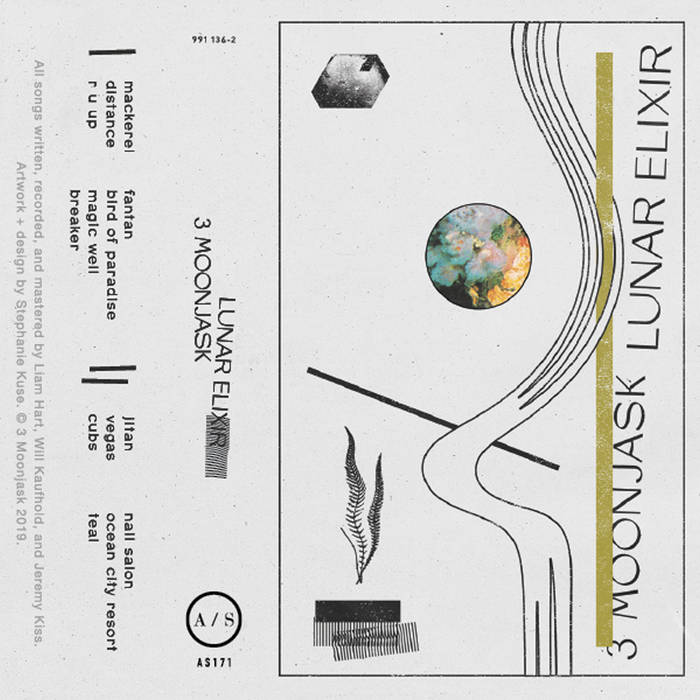 After stumbling toward a dimly lit clearing, 3 Moonjask come upon a glimmering vile resting in the grass. ‘Lunar Elixir’ one reads, admiring the pearlescent and slender bottle. An otherworldly urge settles over the trio, as they take turns passing the bottle from one to the next, tasting the bitter and earthy liquid within. Before long, the three find themselves lifting from the ground, rising slowly toward the clouded moon as a veil of violet smoke supports their limbs. ‘Is this the way home?’ one asks, but he is quickly drowned out by the swelling pulse of rhythm.

Lunar Elixir is 3 Moonjask’s third release from Adhesive Sounds. Completely recorded and mixed in-house on reel-to-reel the Moonjask are back at it again. Lo-fi deep cuts, underground pop hits, and a e s t h e t i c realness are preserved on tape. The trio are re-defining electronic music using only the 3DS’ and Korg M01-D.

Artwork and design by Stephanie Kuse.

Featuring Oakland sounds from the Smart Bomb collective and Samplelov.