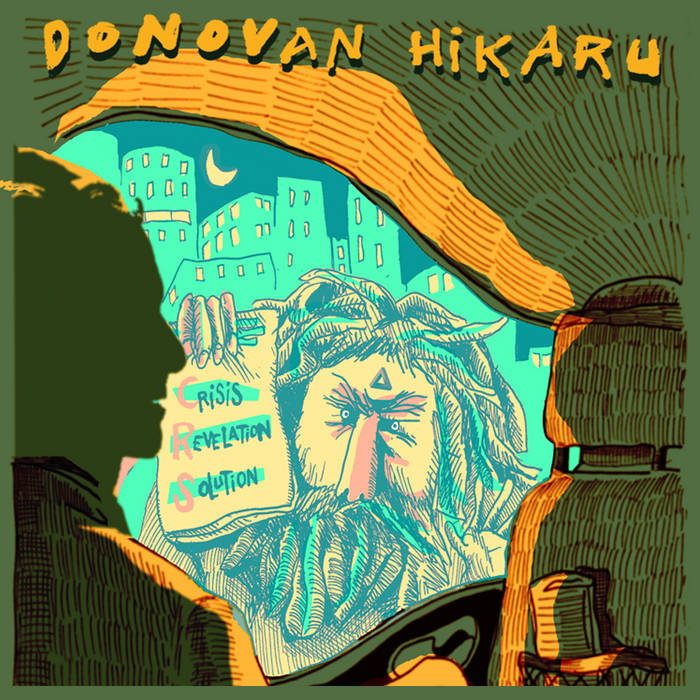 TrueVaporwaveGod The gloomy corporate nature and the continuation of the CRS saga just compliments a rainy day broken up by clear skies. We are as of now living in the corporate dystopia it’s just super boring and vaporwave no matter the subgenre breaks the monotony at least for a couple of minutes. This album is a gem Favorite track: Corporate Devil.

Crisis Revelation Solution (CRS 4.0) is the fifth part of a series of concept releases based on David Fincher film, The Game, and the fourth release from Donovan Hikaru's originally composed CRS works.
An acronym for "Consumer Recreation Services", CRS is the mysterious corporation at the heart of the 1997 film.

This album in particular draws partly from an obscure early version of the screenplay by John Brancato and Michael Ferris found on the web. The majority of the album was created around 2015 and was shelved, lost from a hard drive crash, then later recovered and finally finished.

The series, which continues on, has featured a real life scavenger hunt in San Francisco's Financial District for a secret cassette, virtual puzzles, a split release with mallsoft icon 猫 シ Corp., and now original artworks from KoShrimp and a cast of collaborators including Michael McGregor, Adam Wilkey and Crackmaan.

All tracks originally composed, produced and mixed by Donovan Hikaru except track 7: lyrics written by Dave Kranson/Crackman,
and track 10: lyrics by Adam Wilkey.

Mastered by Nathan James at The Vault

Art and graphics by tomcochien.fr

Concept by Donovan Hikaru, and partially inspired/based on early and later versions of the script “The Game” by John Brancato and Michael Ferris.